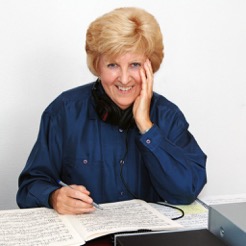 Diana Boyle was born in London and educated at St Paul’s Girls' school. She won a Foundation Scholarship to the Royal College of Music at the age of 15, and continued her studies under Enrique Barenboim in Tel Aviv. In 1973 she was awarded a Fulbright Scholarship to study with Artur Balsam in New York. Balsam’s profound musical insight into the classical and chamber music repertoire, together with his friendship and encouragement until his death in 1994, proved to be the pivotal influence on Diana’s musical life.

After making her London recital debut in 1979, Diana gave concerts in the USA, Canada, Spain, Portugal and England. She also taught Piano and chamber music in London and at summer chamber music courses in the USA.

In 1987, she was invited to make a series of recordings for National Public Radio in Boston. This included the Bach Partitas, late Schubert Sonatas and Beethoven’s Diabelli Variations. The Beethoven recording was released on CD by Centaur Records USA in 1989.

Bach’s Goldberg Variations were recorded in 2003 (Experimental / unreleased), and in 2007 Diana recorded the Art of Fugue (Issued by Devine Art in 2011).

Diana has a fascination for the recording process: the years of preparation, followed by intense recording sessions and many months of score marking and making all editorial decisions. She has been able to think about music with deep concentration and in privacy for twenty five years.

Enormous thanks must go to Brad Michel, her sound engineer for all the recordings. Brad has been the most loyal and patient of colleagues, contributing hugely with his exceptional technical skills and acute ear for the tiniest differentials during recording and editing.

In 2001 Diana moved from London to a quiet hilltop in the south of Portugal, where the quality of light, astonishing sunsets and silence have enabled her to think about music in peace and solitude.

She is currently working on another Bach project.